All 3 Tabs are made by Noida – India based company Pantel, the tablets will be bundled with special offer with 3 Months of free 2G/GPRS data usage as well as discounted 3G data plans from BSNL. The three tablets are priced at Rs. 3250, Rs. 10,999 and Rs. 13,500.All the three tablets come with 1 year warranty. 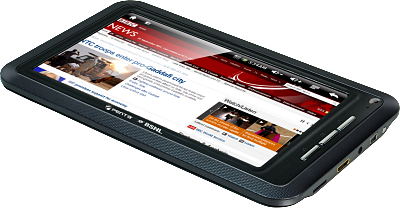 This tab is WiFi enabled and supports USB 2G/3G Dongle so one can browse Internet over GPRS/3G and WiFi to watch Youtube videos, check e-mail, read E-Books and much more with Android Apps. The built in 2GB memory can be expanded upto 32GB using the onboard TF Card slot.

BSNL penta tablet tpad IS 701r looks better then both this versions with a processor of 1 Ghz. The market is full of android devices both tablets and mobile phones and most of them have a processor of 1Ghz or more to ensure the smoother functioning of the device. After a slower processor of aakash tablet serious concerns were raised by IIT Rajasthan which led to the recent rift between Datawind and IIT Rajasthan over the performance of aakash tablet. BSNL penta tablet tpad IS 701r is equipped with a faster processor of 1 Ghz so that you don’t have to worry about the speed and can execute most of your android apps smoothly. BSNL penta tablet runs on Android 2.3 Operating system also known as Gingerbread. Android 2.3 is improved version of android 2.2 froyo and provides better security and faster performance with less bugs. Android 2.3 Gingerbread is also the most popular version of android tablet which is present in over 50% of devices including phones and tablets. BSNL penta tablet pantel tpad IS 701 have a front facing VGA camera (0.3 MP) which enables video calling in the tablet 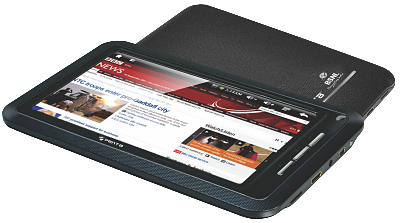 BSNL T-Pad WS704C is 7 inch 3G Tab priced at Rs. 10999 powered by Android 2.3 OS. With this Tab one can browse the Internet over WiFi or through the inbuilt 3G HSPA SIM card slot using their BSNL 3G Sim card. This tab equipped with a powerful 1GHz processor and 512MB RAM. 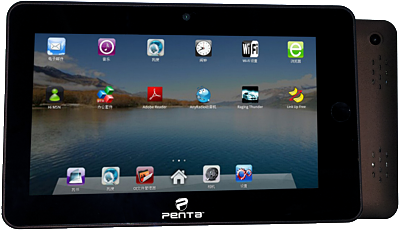 It supports all popular video, music, and photo formats. The tablet also offers HDMI port (1080P & 720P) through which it can be connected to a TV.

The WS704C has 4GB of built-in internal memory and features a microSD card slot for upgrading the capacity to up to 32GB. It comes equipped with a built-in front 0.3Mp and 2 Mega Pixel Rear camera, GPS, Accelerometer, Bluetooth and microphone. The Tab has a Polymer 4000 mAH battery. 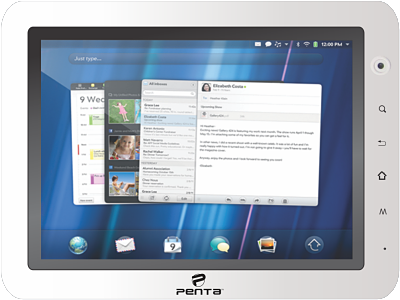 View all posts by Dr.MoonGarg →