German health officials are trying to trace back the origins of the E. coli infection
that has killed more than a dozen people and sickened thousands of others, causing serious
illness in 470. All are either German residents or have visited the country in recent weeks.
They are focusing on raw lettuce, tomatoes and cucumbers as sources of the illness, particularly
those consumed in northern Germany, and attempting to identify where these vegetables were
grown. 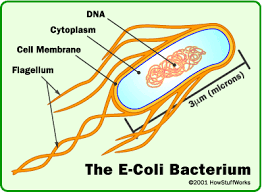 E. coli belongs to a class of bacteria known as gram-negative bugs, which have a
remarkable ability to swap genes with a wide range of other organisms. Mixing and matching
genetic material can lead to dangerous combinations that allow E. coli to resist antibiotics
or cause severe illness and even death in people.

What’s more, E. coli are among the most common organisms in the human body, blanketing our
gut in tremendous numbers, which makes the emergence of new, potentially harmful strains
relatively easy. “The thing about infectious disease that we learned the hard way is that
every time we catch up with something, something else mutates, and changes and evolves,”

What makes the currently circulating E. coli particularly worrisome is a combination of
two factors. Through its game of genetic roulette, the strain has somehow acquired the
ability to make a nasty form of toxin that it normally doesn’t produce, known as shigatoxin.
Although other strains of E. coli — including the O157 strain that contaminated hamburger
meat and spinach in the U.S. in recent years and caused outbreaks of illness in the West and
Midwest — have been known to produce this toxin, they have not produced this particular form.

In addition, O104:H4 has a powerful glue that allows it to stick to the gut wall, where it
can more effectively release its toxin and harm tissues. “There have been reports of E. coli
with this kind of ‘glue,’ which has mainly been an issue in children in the developing world,
but in general they aren’t associated with anything like the illness.

the DNA of O104:H4 contains genes that make it adept
at causing hemolytic-uremic syndrome (HUS), a serious illness associated with shigatoxin
exposure. The condition can result in kidney damage or failure, requiring dialysis, or death.

The strain also contains genes that make it resistant to many commonly used antibiotics,
but experts say that’s less of a problem in this case, since it’s not clear that antibiotics
are the best way to treat these infections. For some reason, antibiotics actually enhance E.
coli’s ability to make shigatoxin, and some studies show that patients treated with the
medications do worse than those who are provided supportive care. Such care can involve
keeping patients hydrated with intravenous fluids and handling any kidney problems or
consequences of strokes, which can occur when blood clots form as patients become anemic.

Cooking contaminated food thoroughly
also kills the bacteria in most cases,not to eat raw lettuce, tomatoes or cucumbers. and washing hands frequently can lower the chances
that any bacterial contamination is spread.

View all posts by Dr.Sanjeev →